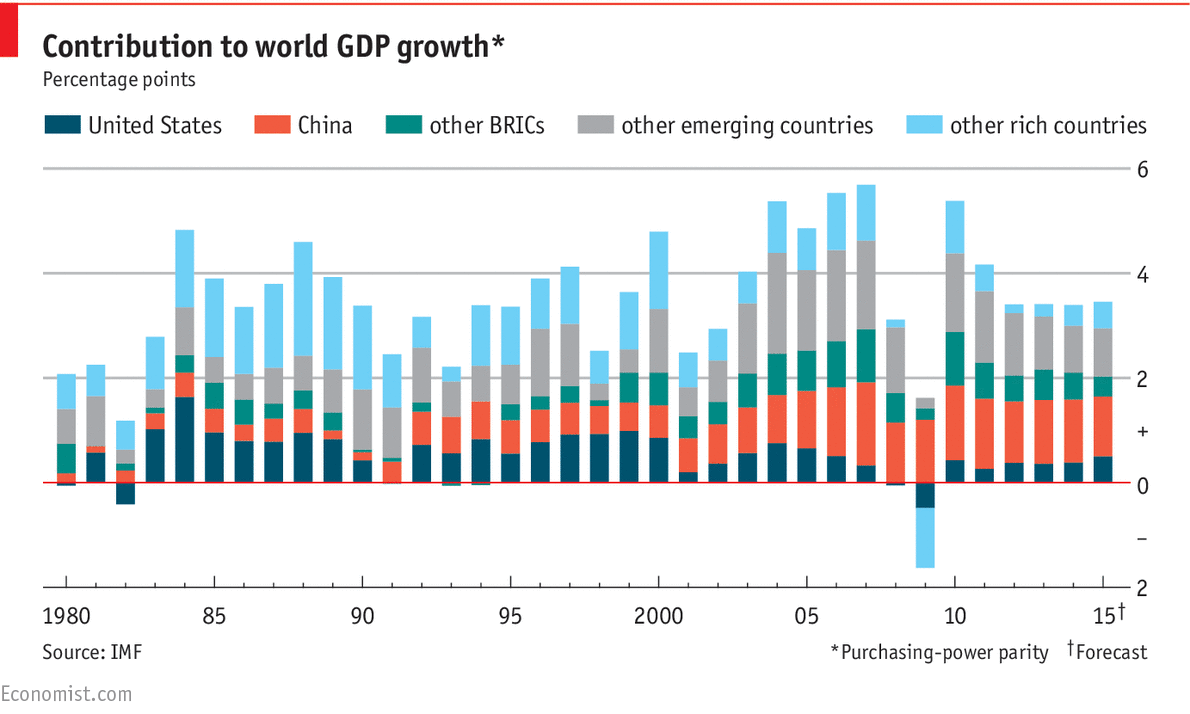 No one knows what the hell this graph means. Anyone who says they do is trying to sell you something.

Trade talks are in the news. NAFTA. Pipelines. Protectionist sentiments. “Make (fill in the blank with your country’s name) Great Again!”

My Uncle Vito* would have been in his glory.

Uncle Vito was a man who lived with a lot of fear, and, consequently, a lot of hate. He hated many things: Liberal governments, welfare, the metric system, French, and – and this should go without saying – Pierre Elliot Trudeau.

He also hated people. Not all people, of course. Just ones that, in general, had a skin tone that was … how shall I say … darker than his. Summer was his least favourite season, as it caused too many people to tan “too much”.

And when I say “in general”, I mean all people darker than he. An equal opportunity racist, if you will.

This attitude came out in all the usual sorts of ways. He would hold lengthy discourses and diatribes on the laziness of certain peoples. He would talk about how certain types of people would use the system. He would explode in a rage when he would talk of people “flaunting their religion” by wearing certain headgear.

It came out in sneakier ways, as well. One that caught me by surprise was his hatred of Toyota. Not a miniature green wise dude from Star Wars who talks like Grover. You know, the car manufacturer. He never talked about Nissan. Or Range Rover, for that matter. Just Toyota.

Maybe he got rear ended by one. He certainly talked as if he had been.

Uncle Vito would go on about how poorly made Toyotas were. How cheap they were. How they would leave you on the side of the road.

Now, before I got to be as wise as I am now, I used to like to push him on some of these things. “Isn’t the Toyota Corolla the most dependable vehicle on the planet?” I’d say, because I’d seen some information that seemed to support that position.

“Propaganda and lies,” he would snap. “A Pontiac Sunfire will last way longer.”

“So you’re saying that all Toyotas are no good? What about my neighbour who has a Toyota with over 300,000 KM on it without any major issues?”

I’ve been called a lot of things in my life. Scrawny is usually at the top. Smart isn’t.

Then he would continue on to his favourite story line of all time.

“Whenever I see someone driving a Toyota on the road,” he said, “I point it out and say ‘one Canadian has lost his job’.

And then he would pause. Presumably for a moment of silence to the Unemployed Canuck.

In the interests of some disclosure, the study of Economics is not my strong suit. It’s not even my strong shoes. When I was at university, I failed one test. One. The only one I had failed. Ever.

It was a first year economics class.

I was stunned. You see, I don’t fail tests. It’s not that I’m Wile E Coyote, Supergenius, or anything. It’s just that, at the time, I had a really good memory and was good at taking tests.

I remember getting the mark back: 49%.

I was stunned; however, I soon recovered, thinking that – obviously – the test had been marked incorrectly. I took it to my prof, suggesting the incorrect marking. He looked at it, nodded, stroked out the 49%, wrote out a new number, and handed it back: 48%.

What I’m trying to say is that the study of economics is not necessarily my thing. Supply and demand. Equilibriums. How the price of a cup of coffee at the local Starbucks is directly related to the cost of cleaning out hog barns in Wales. These are things that my mind just can’t seem to grasp.

So, being economically challenged, I foolishly said, “I don’t get it.”

“Toyotas are imported,” he said, as if talking to a child. Or an idiot. “So that money goes right into the emperor’s pocket. No Canadian had a hand in building it. No money is spent in Canada; therefore, one Canadian has lost his job.”

Again, I’m not an economist. Still, it seemed that there was something amiss with his equation, not the least being that I didn’t think the emperor of Japan was getting kickbacks from Toyota.

I pictured him as being a nice old man who maybe had tea and watched game shows. Like the Queen.

“Don’t they build Toyotas in Ontario?” I asked.

“No. They all come in from Japan. Duty free, I might add.”

Huh. I felt I was on more solid ground here, as I was certain that there wasn’t a government in existence, now or ever, that wouldn’t tax the crap out of anything coming into the country.

“And that’s why you only buy GM products?” I asked.

“Aren’t those built in Detroit?”

“Some are built in Ontario,” he said. “Even so, the money stays here in Canada. They sell them here. So the dealership makes money. And they pay their employees. And those employees buy houses, food, and cable TV.”

“As opposed to the Toyota dealership right next to it, here in the city?” I asked.

By now, the logic of his words were winning me over. Either that, or my head was about to explode. My wife was not-too-subtly kicking my shins and sending me the shut-your-yap-and-we-can-still-get-home-in-time-to-see-Friends look.

“So the profits of sales of GM products stays in Canada? It’s not sent to the US?”

Uncle Vito paused. “Well, some does go to the US. But that’s OK. We still benefit because we trade with the US.”

I was about to say “As opposed to Japan? Don’t you own a Sony TV?” when my wife kicked me in the shins again.

Like I say, I don’t understand economics. Or global economies, for that matter, other than the reason I can buy 21 t-shirts at Walmart for $20 has something to do with the fact that there is someone overseas who is sewing those t-shirts for about 3 cents an hour.

Which, I think, would have been OK with Uncle Vito.

As I say, you shouldn’t take advice on economics from me. Especially the global economy. In my simplistic mind, I think that all of us humans are connected economically, these days, so if other people do well, that makes things better for all of us. Oh, and that companies will always send the work to wherever it can be done cheapest.

Always have and always will. And it ain’t about to change anytime soon. Or anytime ever.

It’s too bad that Uncle Vito has passed on. He would have loved being around today. Especially with the internet. And with Toyotas still coming into the country, duty free, despite being built here.

*I changed names to protect the … uh … innocent. I don’t have any uncles with exotic names like Vito. As a descendant in a long line of European-type Mennonites marrying other European-type Mennonites, my uncles have names that tend to originate from two sources: the Bible and royalty. So they have names like John, Jake, Abe, William and George. Unfortunately, no Vitos. I did have a couple of Uncle Cornies, but I’m pretty sure their names were anomalies.