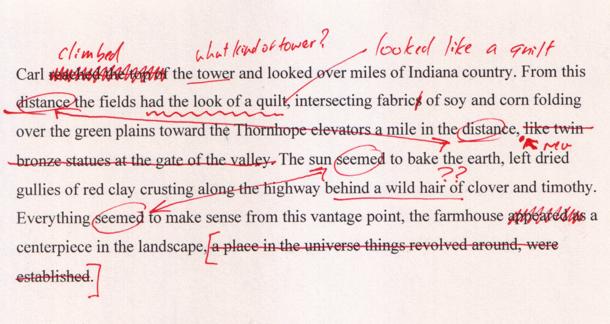 “How do you come up with ideas to write about?”, a friend asked.

I’ll try to explain it as best I can, but there are things that just can’t be put into words.

The Muse is all. All writing comes from The Muse. The Muse is the source of all creativity. One must become quiet before The Muse and wait for the inspiration to hit. One must wait for one’s eureka! moment.

If I waited around for The Muse – or inspiration – to strike, I’d still be back at Day 1, wondering what I should write about.

Stephen King, for example, is the most mystical about the whole process. You can never know where your next idea will come from. Often, it will be a mixture of a couple of other ideas. Your job is not to find these ideas; rather, it is to recognize them when they appear out of the ether.

And yet … in On Writing, he also says:

“Amateurs sit and wait for inspiration, the rest of us just get up and go to work.”

My favourite book on writing is called Bird By Bird, by Anne Lamott. In it, she has the most freeing advice on how to write:

This is incredibly freeing. You don’t have to have it perfect. It doesn’t even have to be good – as you have no doubt realized, if you’ve read some of my other posts. Just get the words out and fix them later.

I often wondered how an author kept things straight in her head. How did the yellow ribbon tied around the old oak tree in the first chapter become the most important clue in the mystery? How did they do that?

Well, maybe they knew before hand. If not, they put it in later.

How do I come up with things to write about? I sit my butt down in my chair, fire up my computer, and start typing.

The proof is in the writing, not the inspiration.

How many times have you heard of some new invention / song / movie idea and thought “Hey. I had that thought back in ’83. They should be paying me royalties.”

Except that someone else did something about it, and you went back to eating pizza and watching Magnum, PI.

We all get ideas. Not on writing, of course. I’m sure most of you are not in the least bit interested in writing. But you are interested in something. Sports, health, embroidery, songwriting.

Stand up comedy. Sit down comedy.

If you want to do something in these areas, I only have one small bit of advice: get going. Get a start. Who cares if it sucks? One idea leads to another, and, before you know it, even though you had no idea as to how you would get your 500 words in, you’re done.

Don’t wait around for The Muse – whatever area of life you are wanting to get to work in. Just get a start.

The Muse will show up once you are on the way. She’s funny that way.